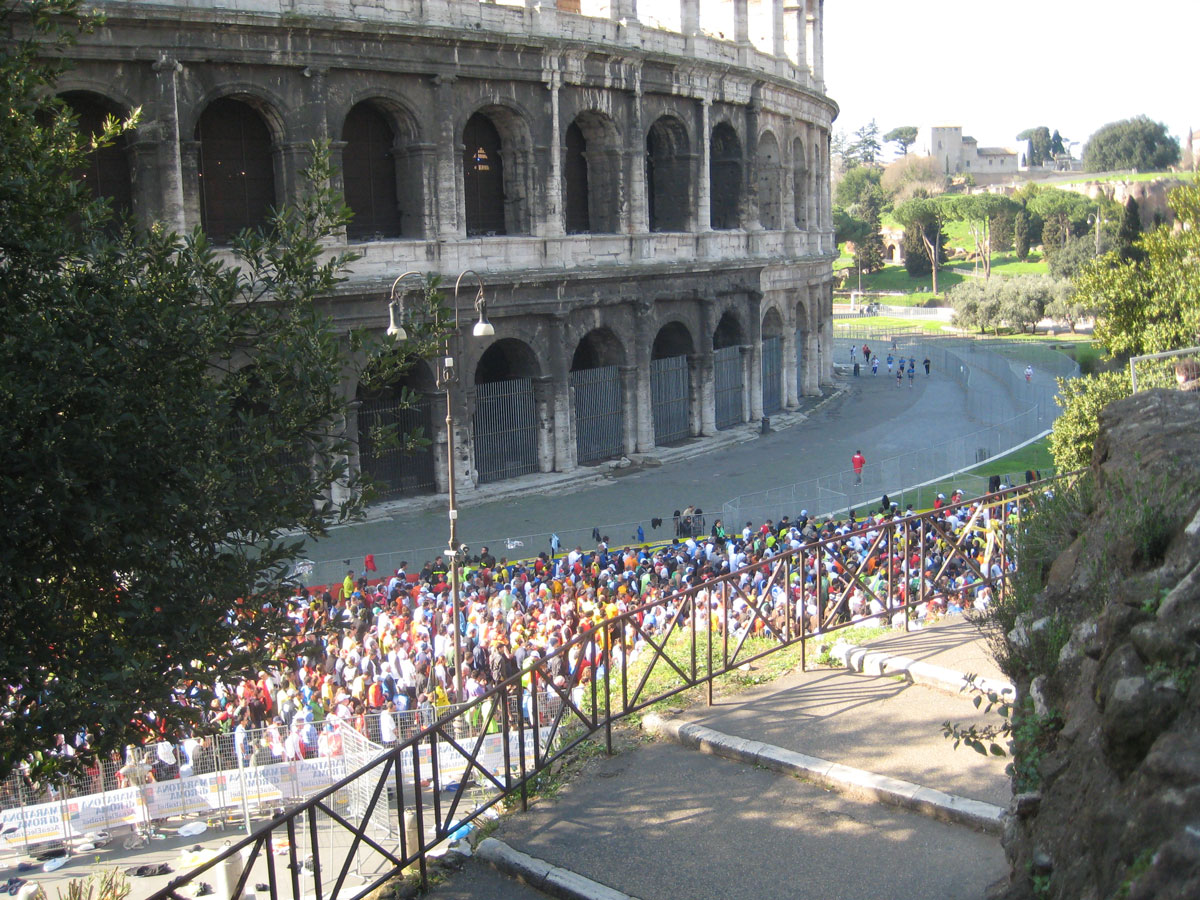 Become my patron for the next song: “INNER PEACE”: https://www.patreon.com/susanjanerose

In March 2009 she accompanied her boyfriend at the time who was about to challenge himself in joining the Marathon of Rome.

In that period of time in her life, she basically lived in fear and one of the ways it expressed itself was her fear of being alone for too long.

Since she wasn’t running the marathon herself, she’d already been worrying for days about being on her own for a couple of hours during the time that he would be running without her.
What if she got lost in this city? What if he wouldn’t be able to find her again? What if she would lose it? What if, what if …

The moment she had to let go of his hand and turn around to make her loooong way through the crowd of supporters, suddenly it felt as if she was being lifted from the ground and she felt total peace.

She hadn’t been drinking alcohol, using drugs, nothing. She was pure sober and felt like …. actually there were no words to describe how she felt. The best possible but limited description is that she had a feeling of oneness with all people and trees around. What!? Why had nobody ever told her about this possibility? No heavy weight feelings, just an incredible feeling of love and calmness. No human love, but some sort of unconditional connectedness …

After some seconds, she guesses, she got back to ‘reality’ and started looking around. Everything seemed to be ‘back to normal’ again. When she started walking, the crowd seemed to open up for her when a young woman walked straight at her. This woman asked her to help her find the finish line of the race since she wanted to support her sister who was running this marathon. Susan felt some sort of feeling of courage taking over her and decided to overcome her fears and to take this stranger by her side. They ended up sightseeing Rome together and she had the time of her life! Still she felt fear but she didn’t give in. In the end they even had to hurry not to be late for supporting their loved ones at the finish line!

The day after when she visited the Vatican museum with her boyfriend she was overwhelmed by the amount of art and the big crowd. Suddenly a beautiful piece of art caught her attention. It was an image of a women holding a baby, made from glass in tin. It was positioned in front of a window and a bright beam of sunlight lit her face. This image was a reminder to her of the calmness she had felt before. She was not raised religiously and only found out later on that it was an image of Mary.

The following years this “Rome experience” has always been her proof of the possibility of an another world. A world of inner, and therefore, outer peace.

This is the woman who asked Susan for help.

This is a picture Susan took of the Mary art at the Vatican while the sun was shining through.